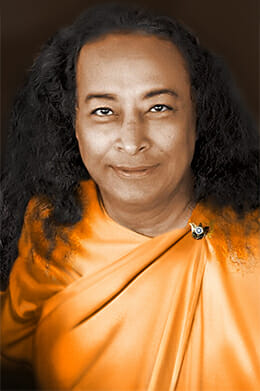 Paramhansa Yogananda (1893-1952), was the first yoga master of India to take up permanent residence in the West. He arrived in America in 1920, and, in 1925, established a headquarters for his work in Los Angeles.

Yogananda was a celebrity in his time.  His enthusiastic audiences filled the largest halls in America. Hundreds of thousands came to see the yogi from India. He continued to lecture and write until his passing in 1952.

His initial impact was truly impressive. It included a meeting with President Calvin Coolidge, and many celebrities of the day became his students, including the renowned operatic soprano Amelita Galli- 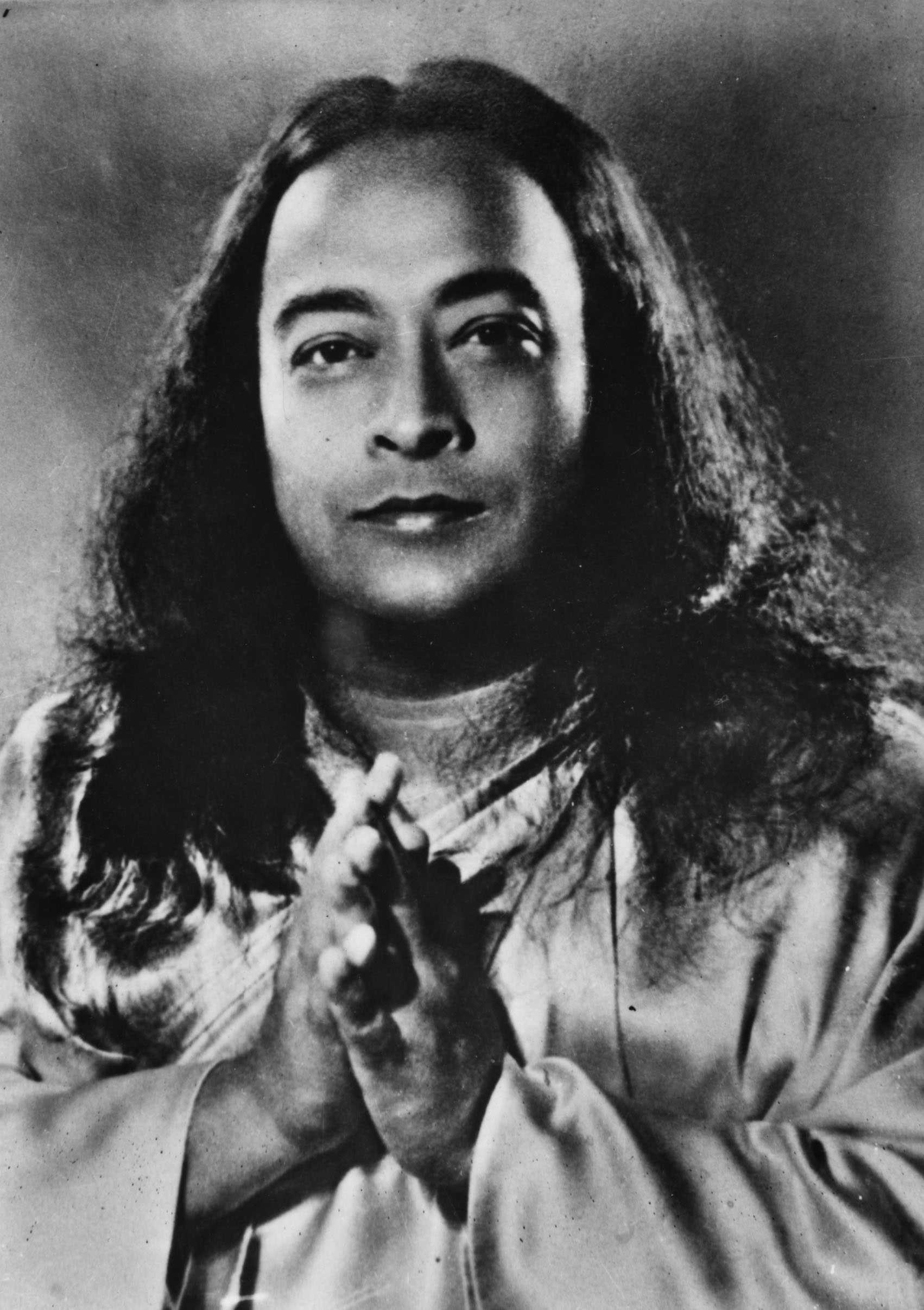 Curci and the world-famous biologist and horticulturist, Luther Burbank. But his lasting impact has been even greater. His Autobiography of a Yogi, first published in 1946 , helped launch a spiritual revolution in the West. His message was nonsectarian and universal.

Yogananda’s teacher, Swami Sri Yukteswar, sent him to the West saying, “The West is high in material attainments, but lacking in spiritual understanding. It is God’s will that you play a role in teaching mankind the value of balancing the material with an inner, spiritual life.”

Yogananda brought to the West the teaching of Self-Realization. He said that “Self-Realization is the knowing in all parts of body, mind, and soul that you are now in possession of the kingdom of God; that you do not have to pray that it come to you; that God’s omnipresence is your omnipresence; and that all that you need to do is improve your knowing.”

He also brought an effective means for achieving Self-realization: Kriya Yoga. He called Kriya the “jet-airplane” route to God. Kriya is “a simple, psychophysiological method by which the human blood is decarbonized and recharged with oxygen.” (Autobiography of a Yogi).  Kriya Yoga can be learned through the classes offered by Ananda Washington. (See the Ananda Washington  Kriya Yoga page. See also Articles menu for a Kriya Yoga excerpt from Autobiography of a Yogi.)

Swami Kriyananda, a direct disciple of Paramhansa Yogananda, founded Ananda Village (in Northern California) in 1969 to fulfill Yogananda’s vision of “World Brotherhood Colonies,” or spiritual cooperative communities. Yogananda envisioned a place where families, couples, singles and monastics could devote themselves to living a divine life, dedicated to practicing the teachings of yoga in every aspect of their daily life.

While the worldwide work of Ananda goes far beyond the establishment of spiritual communities, it is a core mission of Ananda’s work. The first community, Ananda Village, now has over 300 adult members and children. Ananda Worldwide now includes urban communities located in  Sacramento & Mountain View, CA, in Portland, Or, in Lynnwood, WA, and two in the Indian cities of Pune and Gurgaon. Three other rural intentional villages and teaching centers exist: one, east of Portland at the Ananda Center Laurelwood); another near Assisi, Italy (in Umbria), and a third in the western ghats (hills) east of Pune, India. Meditation and yoga centers exist in major cities around the world.

You may find more information about Ananda centers and communities worldwide at http://www.ananda.org/classes-and-retreats/ananda-teaching-centers/ or internationally go directly to http://ananda.it/en (Europe) or http://anandaindia.org/ (India).

These communities are primarily comprised of residents who practice the meditation techniques taught at Ananda and who serve this work, applying the how-to-live principles of raja yoga to all facets of life in this world: business, schools, relationships, healing, and much more.